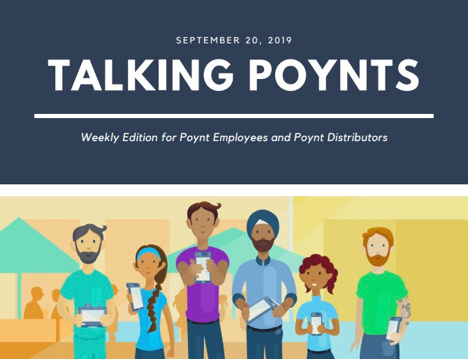 Below are the items released the week of September 20, 2019.

2. Payfac Pilot (Select Merchants): In preparation of the PayFac pilot going live next week, the team has developed detailed report generation for deposits; this feature is important since now we will be responsible for depositing funds in merchant’s accounts.

3. Select Merchants: n preparation of the PayFac Pilot going live next week, the team has made some changes to the merchant web portal (aka Poynt HQ). Click here for a brief walkthrough of the new look.

4. Reseller: If this feature is toggled on for a specific Reseller, they will have the ability to configure installation options for installing apps or installing builds. This is one step further in empowering Resellers ability to self-serve and manage their own portfolio of terminals. 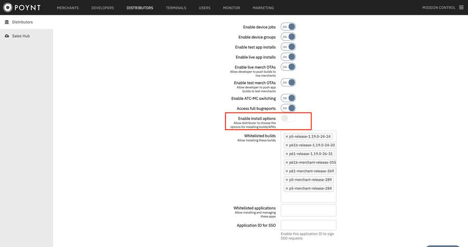 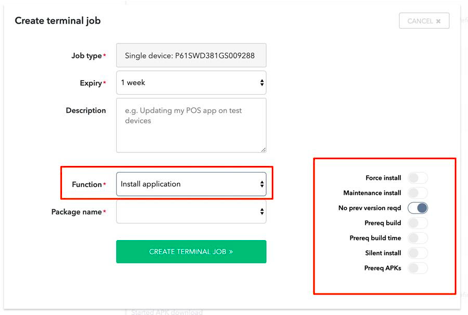 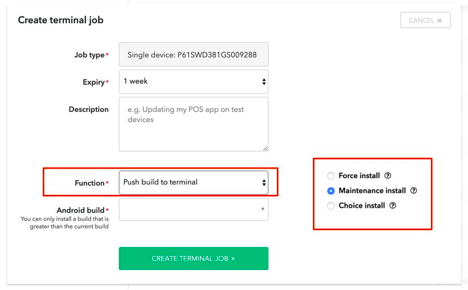 5. Developer (For ISV Journaltech (JTI) only): Journaltech (JTI) is an ISV who has purchased 300 terminals (soon 900) and are building their own application suite for court systems. They are launching beginning of Oct and need a special kind of transactions report generated using an employee ID they pass into transaction.references instead of our employeeUserId. We have implemented end to end report generation with this custom reference (type=CUSTOM, id=employeeId) that automatically prioritizes that employee id when generating all reports. This is just the web business deploy for report frontend. We still need settlement deploy for backend (not included in this deploy).

7. Reseller (aka v2 or ATC Portal): Fix for Reseller Portal vulnerability. When allocated, the various roles in Mission Control should limit the access that the user has (Agent, Technician etc), however there is a very simply way to bypass the system and access all customer and terminal configuration data. If the user right clicks on a hyperlink (that are blocked in the main webpage) and selects to open in new window or new tab, the user is given full access to the entire customer details. They can view the customer account as a merchant, including all transactional data and can also access advanced settings such as remote wipe and delete activation.

1. Merchants (Only Elavon merchants who are on Terminal Settle): Have all refunds go online for Elavon.

3. Merchants: (400s - Order Not Found) Store orders now in case sub-totals do not match and mark such orders as bad.

4 . Merchants (who are using generic adapters): Fixed summary for EBT transactions that expected to be settled as debit.

5. Merchants: Fixed an issue when AID not fully Printing.